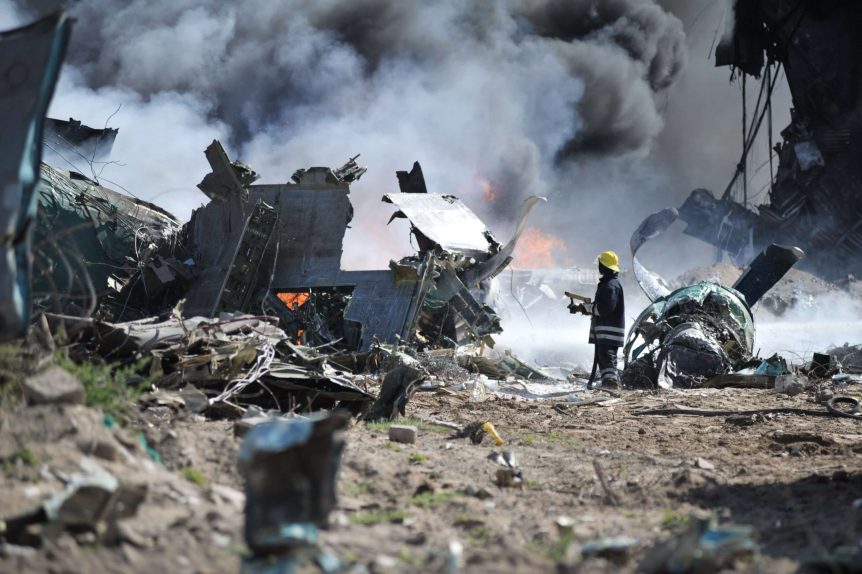 The New Healthcare: A 3 Part Series

I’m sure you remember it, even now.  Earlier this year, a woman was sitting in her seat on a Southwest airliner, a model known as the CFM56, when the window she was seated next to suddenly burst open.  She died.  It was the first in-flight fatality in the 47-year history of Southwest Airlines.  The last fatal crash on a U.S. airplane happened in Buffalo in 2009, when a plane nosedived into the ground after taking off.  There was an investigation, and it was determined that the pilot in Buffalo overreacted to a cockpit warning.  It immediately led to improvements in pilot training.

“It’s overall way too early to give an answer as to what we might do,” the Southwest CEO Gary Kelly said soon after the accident this year.  “We’ll be working with the NTSB to make sure we understand the root cause, and any further actions we need to take in terms of maintenance of inspections we’ll want to add to our programs.”

It’s the first fatality in their 47 year history.  There was an accident.  They investigated it.

Medical error, according to a 2016 article published by a professor of surgery at Johns Hopkins in the British Medical Journal, is the third leading cause of death in the United States.  The reason it took an article to figure this out is insane.  When a patient dies of an error, the doctor can’t even list medical error as a cause of death.  There are all sorts of reasons that medical error can occur.  Communication breakdowns, diagnostic error, poor judgement, and poor skills can all be responsible.  Perhaps because dealing with human life—and being responsible for that life—is such a large burden, it’s easier for the doctor to pass the blame on to someone else or to blame the patient themselves, and hope the error eventually fades from their conscious memory.  They move on to the next surgery.

In other words, the top 3 orthopedic surgeries performed in 2009 have performed no better than a placebo.

Some common orthopedic surgeries, though, have also recently been questioned by researchers.  Over the past several years, orthopedic surgeries that have been performed for decades are being compared with placebo surgeries, and many haven’t fared well.  In a placebo surgery, the patient is put under, and then the doctor simply performs the “searching” part of the surgery (or something similar in other cases), using an arthroscope to look around in the joint.  It shouldn’t do anything.  However, placebos perform just as well as the actual surgery in cases of meniscectomy surgery, subacromial decompression, a heat probe procedure for discogenic back pain, vertebroplasty, and others.  In 2009, the top orthopedic surgeries were arthroscopy for the knee and shoulder.  In other words, the top 3 orthopedic surgeries performed in 2009 have performed no better than a placebo.  You know the first major study on placebo surgery for meniscectomy?  That was published in 2002, 7 years beforehand.

One surgery that typically does well, even when compared to a placebo, is a hip replacement.  In fact, hip replacement surgeries are one of the most successful orthopedic surgeries there are.  During surgery, the head of the femur and the socket it sits in are resurfaced with plastic or metal components.  One of the most commonly used components were metal ones, widely used by surgeons just a decade ago, because they were thought to last longer.  The medical device industry pushed these into the market and advertised them as being better alternatives.  Soon, people began to notice that a lot of these patients were having revisions.  The metal components were coming apart, and cobalt and chromium ions were entering patients’ bloodstreams.  Metal ions in the bloodstream have been shown to cause fatal heart conditions, cause DNA damage, and cognitive dysfunction.  Some of the metal components were recalled, and a number of patients underwent a second hip surgery to remove the original components.  Despite there being viable alternatives to metal on metal components, and the knowledge that they can cause severe cognitive dysfunction or death, these are still on the market today.

There is a tendency for patients to see surgery as a magic pill, something that will fix an unfixable problem overnight.  In my clinical experience, very few people ever try physical therapy before undergoing a major orthopedic surgery, despite mounting evidence that the majority of people can avoid surgery altogether.

In other countries, nonoperative treatment is tried first.  The patients are told to go to physical therapy for intensive rehabilitation, and if that doesn’t work, the patients are offered a slightly more risky procedure, on and on until surgery is a consideration.  In the US, you can set up a visit with a surgeon and undergo a surgery immediately.  While some my bristle at the idea of being forced to go through rehabilitation before surgery, the fact is that it usually works.  The US is slow to come around to this, but why not start with something that we know works for the majority of patients and comes with almost zero risk?

After a short investigation, they discovered earlier this year that the cause of the accident in the Southwest flight was engine failure.  The engine came apart during flight and shards of metal debris were flung toward the plane.  Southwest underwent a process of checking their entire fleet of airplanes to ensure it wouldn’t happen again.  You can be sure that the aviation industry, including Southwest, will make substantial changes, as tough and expensive as they are, to keep another person from dying.  Hopefully, Southwest makes it another 47 years.

If you’re considering surgery, drop us a line using one of our forms to see if our brand of physical therapy might be worth trying first.